The nice thing about being a Pagani collector is that it invariably means you’re very rich. And being very rich means that people listen to you when you ask for stuff. Such was the case when two customers asked Horacio Pagani for a long-tail version of the Huayra.

After more than two years of work homologating it for global sale, this is the result: the Pagani Huayra Codalunga. Created by the automaker’s in-house coachbuilders, Grandi Complicazioni, it’s an ode to the great designs of the ’60s.

“All Pagani projects are born from visions and dreams, and some of the most iconic and exclusive Pagani cars stem from the vision and dreams of clients,” Hannes Zanon, the company’s commercial director said in a statement. “Pagani Automobili is capable of developing these bespoke projects for single clients, much like the Coachbuilders in the ‘60s, but in compliance with today’s international homologation requirements.”

Read Also: There’s No Matching The Presence Of A Road-Legal McLaren F1 GTR Longtail Like This

To that engine, an extended titanium exhaust system is attached that weighs just 9.7 lbs (4.4 kg). It’s covered in a ceramic coating in an homage to the race cars that ran at the 24 Hours of Le Mans.

All in, the vehicle weighs just 2,822 lbs (1,280 kg) and has “extremely high aerodynamic efficiency,” according to the brand. Four active aero flaps, meanwhile, have been refined to keep the Huayra Codalunga well planted on the road, even at high speeds.

As for the overall design, Pagani says his team tried to take away rather than add to the design. Apart from literally adding length, the look of the vehicle was simplified, which he claims is actually very hard to do well.

“We made the Huayra Codalunga longer and smoother, as if it had been caressed and molded by the wind, to design lines that were even more elegant than the coupe,” said Pagani. “We drew inspiration from the long tails of the 1960s that raced at Le Mans, which had very clean lines.” 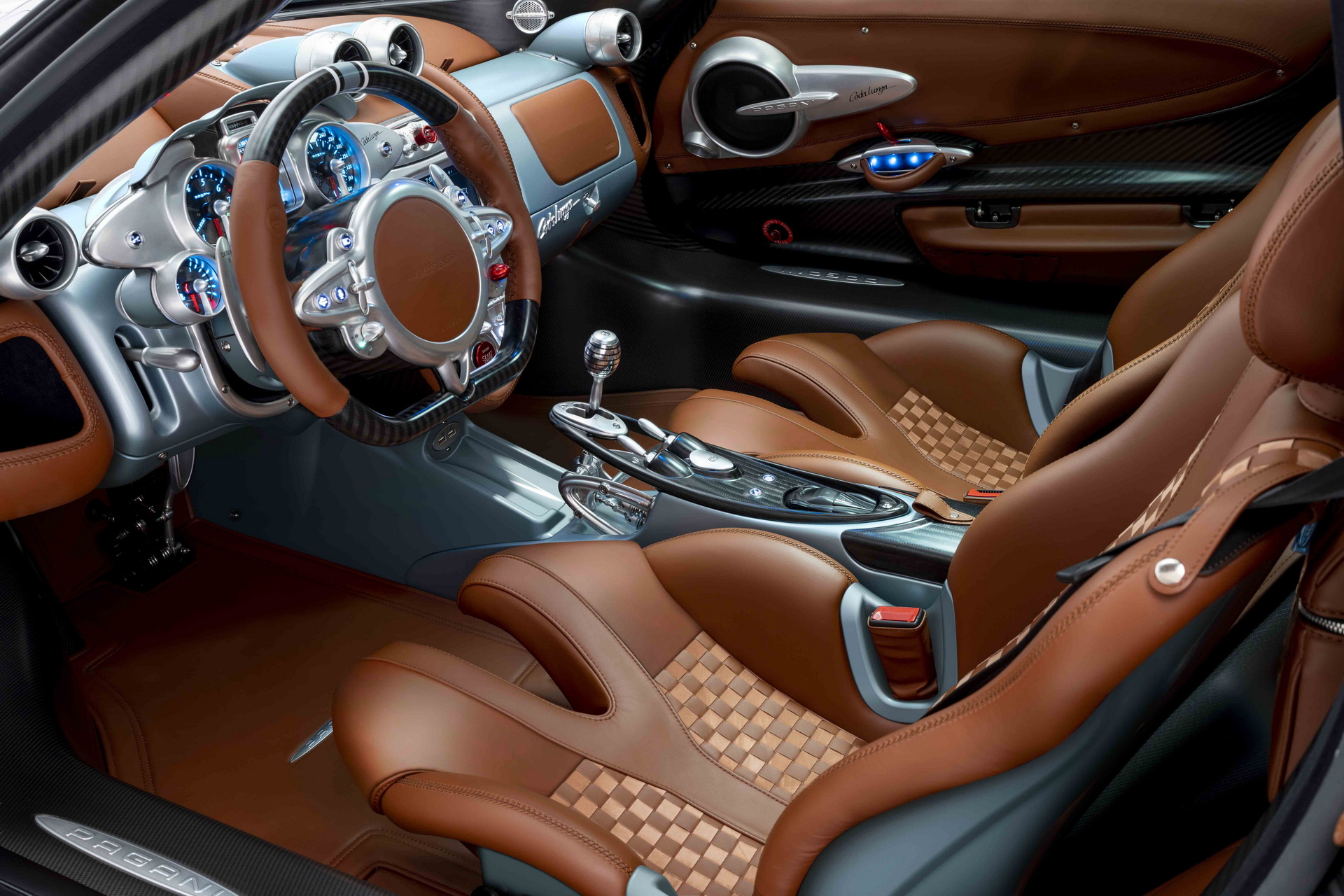 Trim and paint colors, too, have been inspired by the design trends of that era. Although the cockpit retains its exposed carbon fiber structural elements, the woven, aged suede leathers of the interior were chosen with an eye to classic style. The exterior paint colors, meanwhile, are all either matte or semi-matte to bring out the car’s simple design lines.

Limited to just five examples, the Pagani Huayra Codalunga costs €7 million ($7.35 million USD at current exchange rates). Even if you’ve got the cash lying around, though, you won’t be able to get one because they’re all spoken for (and one is coming to America). If you’re that wealthy, though, you may be able to talk Pagani into making something special just for you.