Stricken with paralytic polio at the age of six in 1952, Paul Alexander is now one of the last people on Earth still living in an iron lung.

Monica Verma/TwitterPaul Alexander was placed in an iron lung when he was stricken with polio at just 6 years old — and he’s still there today.

The life of Paul Alexander could easily be viewed as one of tragedy: A man who cannot breathe on his own, paralyzed from the neck down for seven decades as a result of contracting polio. However, the only thing that’s tragic about Paul’s story is that it highlights just how readily some can give up when things get tough.

The iron lung is a pod-like, full-body mechanical respirator. It breathes for you since you cannot take in oxygen normally. As with paralytic polio, you are also paralyzed — and without the support of the iron lung, you’ll die.

In fact, all the doctors believed Paul Alexander would die back in 1952. He has vivid memories of being in the hospital’s polio ward, and hearing the doctors talk about him. “He’s going to die today,” they said. “He shouldn’t be alive.”

It made him want to live all the more. So from the confines of his iron lung, Paul Alexander did what very few people are able to do. He taught himself to breathe a different way.

Paul Alexander was hospitalized on a sweltering July day in Texas in 1952, The Guardian reported. Pools were closed, as were movie theaters and almost everywhere else. The polio pandemic raged as people sheltered in place, terrified of the new sickness with no cure.

Alexander suddenly felt ill and went inside the house. His mother knew; he already looked like death. She called the hospital, and staff told her there was no room. It was best to just try and recover at home, and some people did.

However, after five days, Alexander lost all motor function. His ability to breathe was slowly leaving him too.

His mother rushed him to the emergency room. Doctors said nothing could be done. They put him on a gurney and left him in a hallway. But one doctor rushing by saw him and — thinking the boy may still have a chance — whisked Paul Alexander into surgery for a tracheotomy.

He woke up in an iron lung, surrounded by a sea of other children encased in the giant ventilators. He couldn’t speak because of his surgery. As the months went by, he tried communicating with other kids via facial expressions but “Every time I’d make a friend, they’d die,” Alexander recalled.

But he didn’t die. Alexander just kept practicing a new breathing technique. Doctors sent him home with his iron lung, still believing he’d die there. Instead, the boy gained weight. Muscle memory meant breathing was easier, and after a while, he could spend an hour outside the iron lung — then two.

Urged on by his physical therapist, Alexander practiced trapping air in his throat cavity and training his muscles to force the air down past his vocal cords and into the lungs. It’s sometimes called “frog breathing”, and if he could manage to do it for three minutes, his therapist promised she’d buy him a puppy.

It took him a year to work up to three minutes, but he didn’t stop there. Alexander wanted to play with his new puppy — who he named Ginger — outside in the sunshine.

The Man In The Iron Lung Pursues His Education 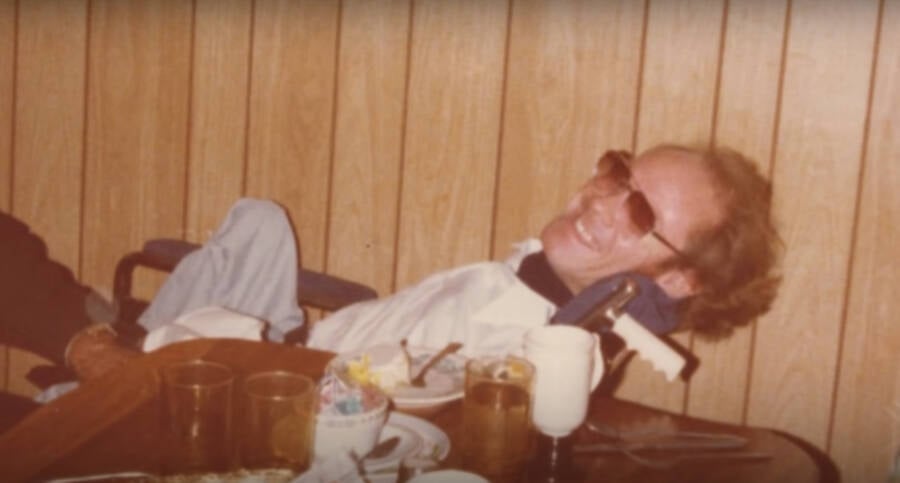 Alexander made friends once he was out of the hospital and able to leave the iron lung for periods, and on some afternoons they pushed him around the neighborhood in his wheelchair. However, during the day those friends were all busy doing the one thing that he desperately wanted to do: go to school.

His mother had already taught him the basics of reading, but the schools hadn’t let him take classes from home. Finally, they relented, and Paul caught up quickly, regaining the time he lost while in the hospital. His father engineered a pen attached to a stick that Alexander could hold in his mouth to write.

Time went by, months into years — and Paul Alexander graduated high school with almost straight A’s. By now he could spend handfuls of hours in his wheelchair instead of the iron lung. The friends that pushed him around the neighborhood now took him to restaurants, bars, and movies.

He applied to Southern Methodist University, but they rejected him solely because of his disability. But as with everything that proved difficult, Alexander did not give up. He finally convinced them to let him attend — which they did only under two conditions. Alexander would have to get the newly developed polio vaccine and a helper to get to class.

Alexander still lived at home, but that would soon change. He ended up transferring to the University of Texas at Austin, moving into a dorm and hiring a caretaker to assist him with physical tasks and hygiene.

He graduated in 1978 and moved on to securing a post-graduate law degree — which he did in 1984. Not anywhere close to done, Alexander got a job teaching legal terminology at a trade school while he studied for his bar exams. He passed those two years later.

For decades afterward, he worked as a lawyer around Dallas and Fort Worth. He’d be in court in a modified wheelchair that propped up his paralyzed body. All the while, he did a modified form of breathing that allowed him to be outside the iron lung.

Alexander even made headlines in November of 1980 — for venturing out to vote in the presidential election, of all things. 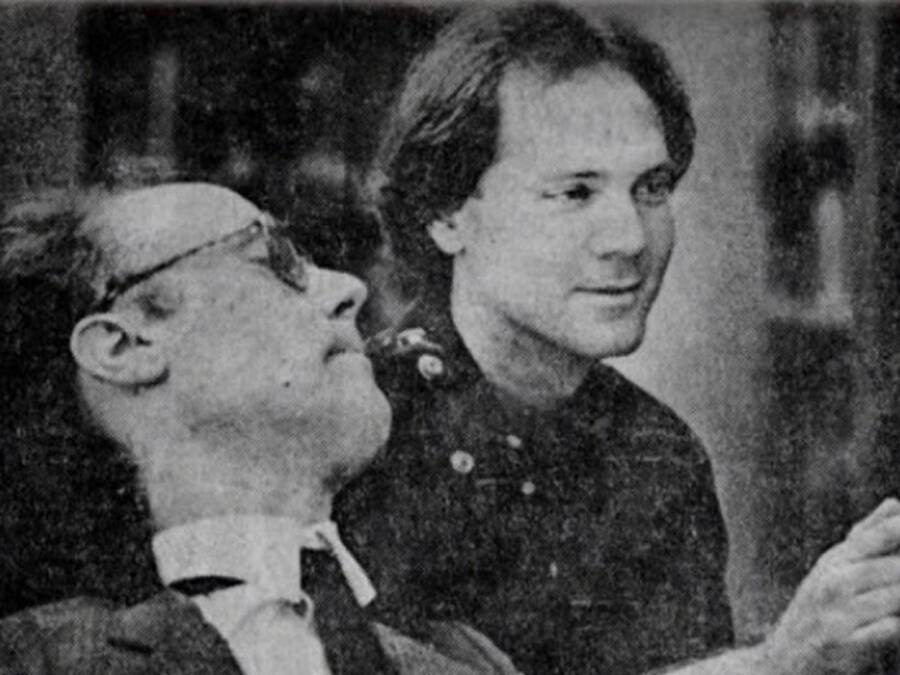 Today at age 75, Paul Alexander relies almost exclusively on his iron lung to breathe. “It’s exhausting,” he said of his learned way of frog-breathing. “People think I’m chewing gum. I’ve developed it into an art.”

He always thought that polio would come back, especially since recently parents are opting out of vaccines. But it was the pandemic of 2020 that threatened Alexander’s current livelihood. If he caught COVID-19, it would surely be a sad end for a man who managed to overcome so many obstacles.

Now, Alexander has outlived both his parents and his brother. He even outlived his original iron lung. When it began leaking air, he posted a video on YouTube asking for help. A local engineer found another one to refurbish.

He’s also been in love. During college, he met a girl named Claire and they got engaged. Unfortunately, a meddling mother got in the way, refusing to let the marriage happen or even for Alexander to continue talking to her daughter. “Took years to heal from that,” Alexander said.

He relies on technology to live, but also for things like us. An Amazon Echo sits near his iron lung. What’s it mainly used for? “Rock ‘n’ roll,” he said.

Alexander has written a book, aptly named Three Minutes For A Dog: My Life In An Iron Lung. It’s taken him over eight years to write it, using his pen tool to type on a keyboard or sometimes dictating it to a friend. He’s now working on a second book and continues to enjoy life — reading, writing, and eating his favorite foods: sushi and fried chicken.

Even though he needs near-constant caretaking now, there seems to be no slowing Paul Alexander down.

“I’ve got some big dreams,” he said. “I am not going to accept from anybody their limitations on my life. Not gonna do it. My life is incredible.”

Next, read about how Elvis convinced America to get the polio vaccine. Then have your faith in humanity restored by these 33 feel-good stories from history.