The last remaining West Bank settlement outpost established by a radical activist organization on Wednesday was evacuated by police and other security services on Thursday.

Hundreds of settlers, including families with young children, flocked to a barren hilltop just outside Kiryat Arba in the southern West Bank and established the “Orot Eliezer” outpost in an attempt to force the government to accept new “facts on the ground” in the territory, which Palestinians seek for a future state.

By late Thursday afternoon, however, the police had evacuated the entire site, loading many activists onto buses and removing them from the area.

There are now no remaining encampments from the seven makeshift dwellings that thousands of settler activists from the Nachala Settlement Movement established during the course of Wednesday.

A spokesperson for the organization said the movement’s leaders were now examining when to launch the next effort to create new illegal outposts, saying it could happen as early as next week, or at a later stage.

In a statement summarizing authorities’ efforts, Defense Minister Benny Gantz lauded security forces for “acting professionally and decisively in the past two days, stopping the establishment of illegal outposts” in the West Bank.

He added that the fact that some lawmakers supported and encouraged such lawbreaking — an reference to several members of the far-right Religious Zionism party who were out in the field with the activists — “is very grave and worthy of condemnation.”

But it wasn’t only Religious Zionism MKs who offered backing, as Interior Minister Ayelet Shaked also tweeted her support for the lawbreakers and condemned what she claimed was the use of excessive force by police in apprehending some of them. She was the only member of the outgoing government to have publicly expressed support for the wildcat operation.

In a massive campaign, planning for which began back in April, some 10,000 activists created makeshift outposts at seven locations in the southern, central and northern West Bank, according to Nachala.

Police and Israeli soldiers quickly dismantled most of these illegal encampments during the course of Wednesday night, but hundreds of settler activists managed to spend the night at Orot Eliezer and began to put down infrastructure at the site Thursday morning.

According to Nachala, close to a thousand people were present on the hilltop Thursday morning, including 700 youths and 55 families.

Nachala circulated pictures and videos from the outpost, showing numerous activists at the site alongside several tents and dozens of sleeping bags.

The activists cleared land on the hilltop, built crude stone walls and marked out pathways.

They also erected several large tents for various communal activities, including a yeshiva for religious studies.

A “family event” was staged at the site, complete with a bouncy castle and music, as well as popcorn and cotton candy machines.

MKs Orit Strock and Simcha Rothman from the far-right Religious Zionism party arrived at the new outpost to lend their support to the initiative. 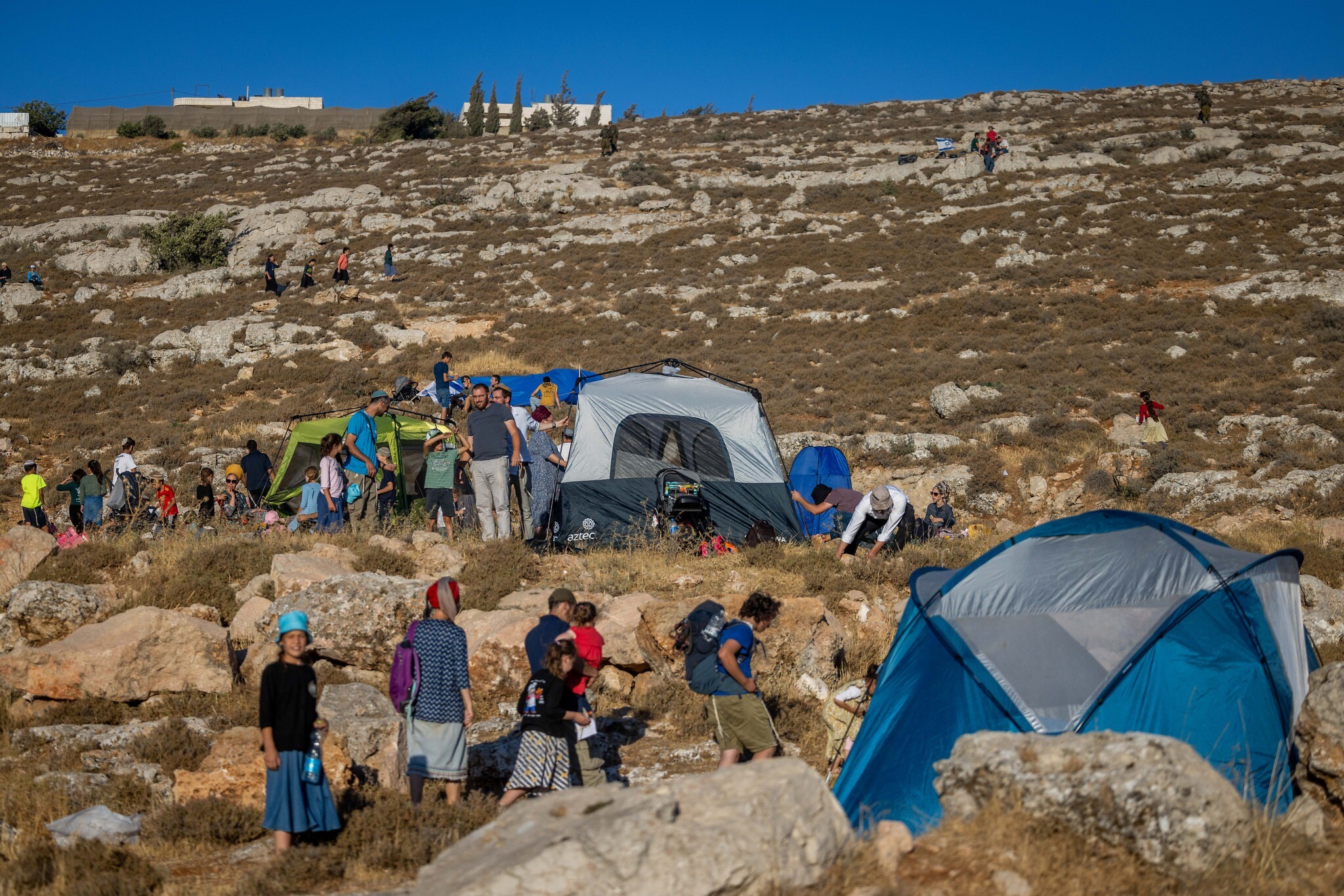 Settlers of the Nachala Settlement Movement set up tents near Kiryat Arba, with the intention of establishing illegal outposts in the West Bank, July 20, 2022. (Yonatan Sindel/Flash90)

Thousands of settler activists participated in the operation on Wednesday, and established encampments at seven locations, three in the Samaria district of the northern West Bank, two in the Binyamin district, and two in the Judea region in the southern sector of the territory.

The police and IDF quickly moved in to dismantle the encampments, however, and arrested five activists.

In a joint statement issued Wednesday evening, the IDF and police said they were “working to prevent the establishment of illegal outposts” in “several locations,” adding that the head of IDF Central Command had issued closure orders for the sites in question. 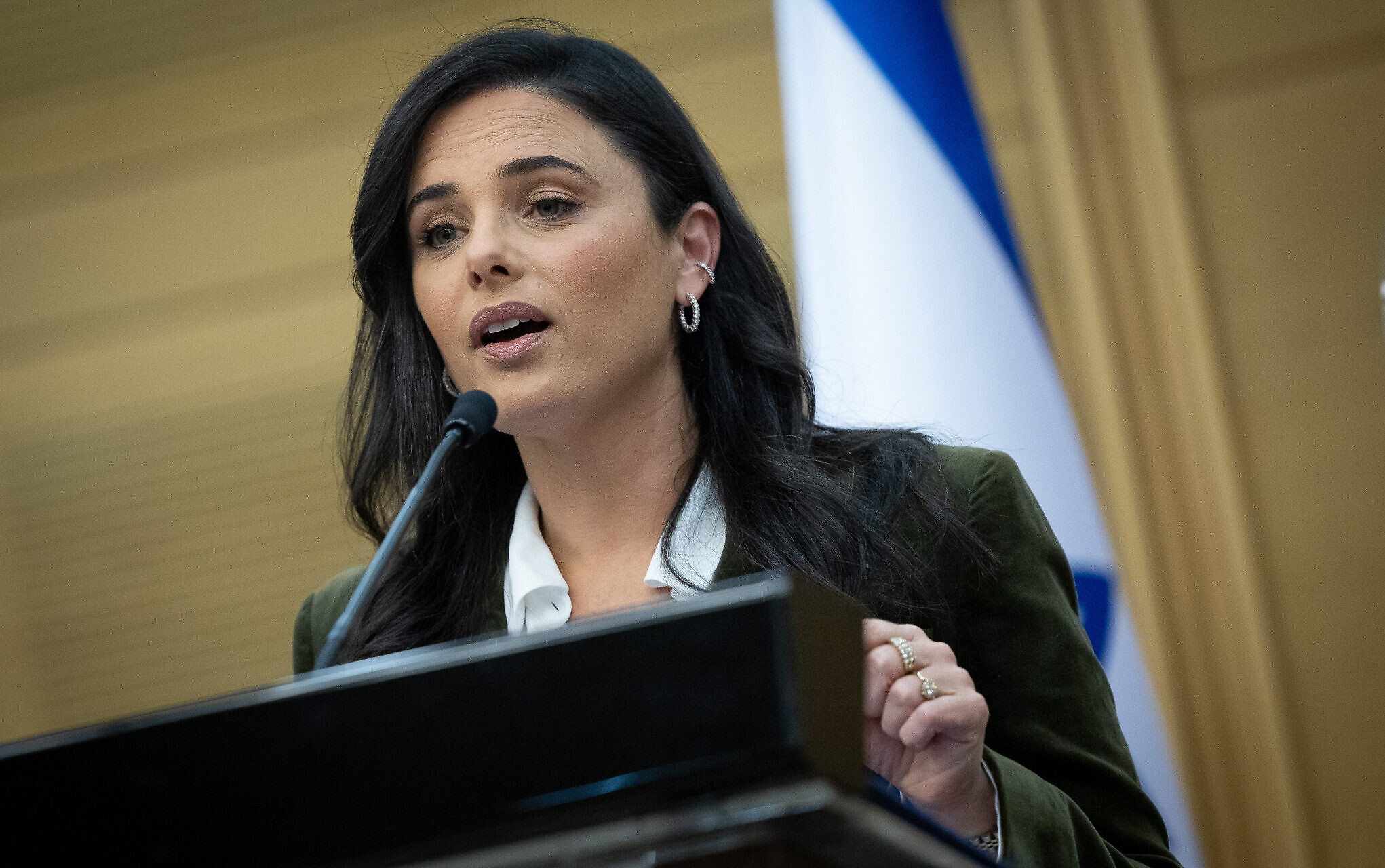 Numerous other right-wing MKs from Likud and the Religious Zionism party also expressed their support as the operation unfolded.

And on Thursday morning, World Zionist Organization Chairman and acting chair of the Jewish Agency Yaakov Hagoel expressed admiration and support for settlement activity in general, crediting historic pre-state settlement with the renewal of Jewish life in Israel.

“Settlement is part of Zionist values, Jewish identity, Aliyah, language and culture,” enthused Hagoel, although he did not explicitly endorse Nachala’s campaign.

Ahead of the Nachala operation, the military and police issued a joint statement, warning that establishing outposts in the West Bank without the necessary permits “is illegal and forbidden” and warning that security personnel “will act to prevent illegal activities in order to ensure their central mission, preventing and thwarting terror.”