By Reuters and Janon Fisher For Dailymail.Com

Several people were killed in a mass shooting early in the British Columbia city of Langley on Monday and a suspect was arrested, according to police.

The Royal Canadian Mounted Police confirmed that officers responded to shooting scenes in multiple locations around the city of Langley and one location in nearby Langley Township beginning just after 6 a.m.

They described the gunman as a white male with dark hair wearing Carhartt coveralls and a blue and green camouflage T-shirt with a red logo on the sleeve. He was believed to be traveling in a white car.

Police said he acted alone and they believe he deliberately targeted homeless people. 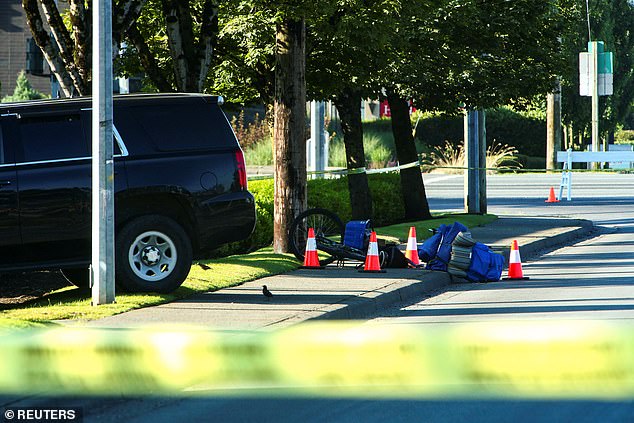 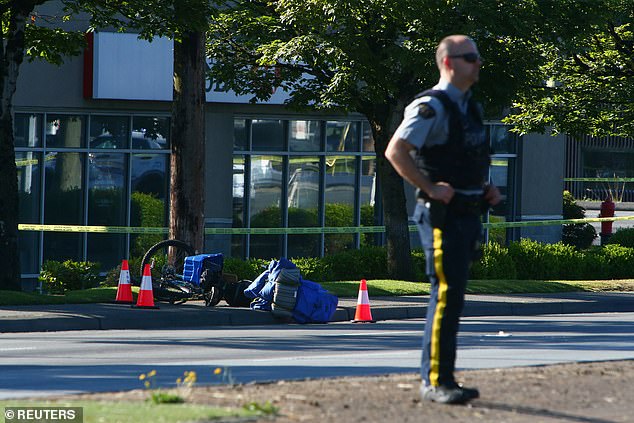 ‘In the early morning hours of July 25, 2022, the Langley RCMP responded to multiple report shots fired with several victims and several different scenes throughout the City of Langley and one scene in the Township of Langley. Out of an abundance of caution, an Emergency Alert was issued until investigators can confirm that the suspect was acting alone,’ according to a Langley police. 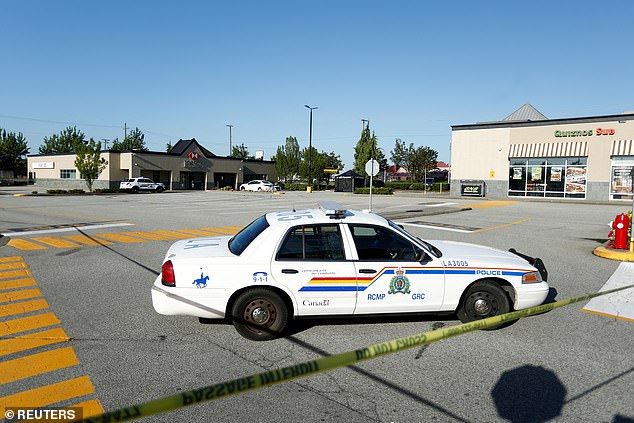 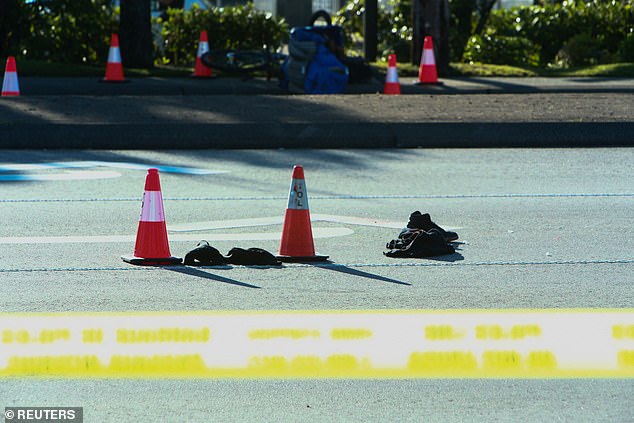 Police said that the man, who they believe was acting alone, is now in custody after the Monday shootings 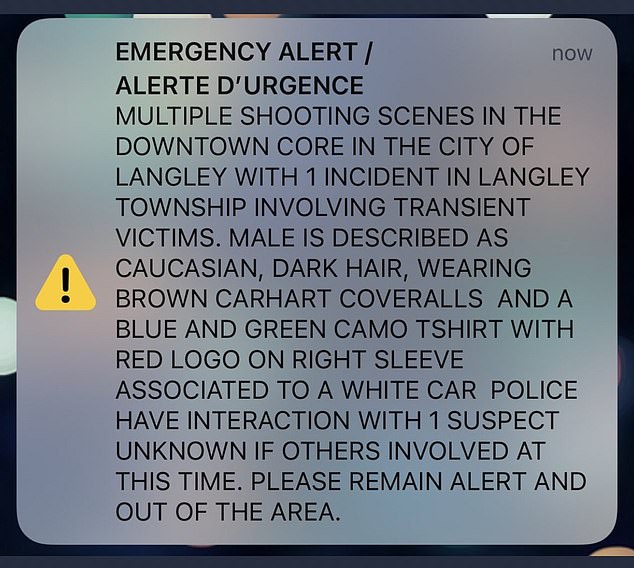 An RCMP spokeswoman told the Canadian Broadcasting Corp that several people were killed, but did not specify how many.

Langley city, population 25,888,  is located in the Vancouver metropolitan area.

The Mounties asked residents to stay away from the shooting scenes at 200 Street and Langley Bypass, the parking lot of Cascades Casino on Fraser Highway and 204th Street and the Langley Bus Loop at Logan Avenue and Glover Road.

A Facebook video at 200 Street shows the tree-lined suburban shopping district blocked off with yellow police tape and a heavy police presence. A black SUV with what appears to be a bullet hole in the driver’s side door has mounted the curb near a bicycle which is cordoned off by orange traffic cones.

This is a developing story