HoopsHype’s Michael Scotto and Celtics beat writer Jared Weiss share the latest updates on trade talks between the Celtics and Nets surrounding Jaylen Brown and Kevin Durant. Plus, the possibility of Marcus Smart and Grant Williams being involved in the trade talks, what’s next for Kyrie Irving’s future, and more on the latest edition of the HoopsHype podcast.

For more interviews with players, coaches, and media members, be sure to like and subscribe to the HoopsHype podcast on Spotify, Apple Podcasts, and anywhere else you listen to podcasts. Listen to the podcast above or check out some snippets of the conversation in a transcribed version below.

Scotto: Brooklyn wanted a package that could top the Rudy Gobert package that Utah got for him in the trade with Minnesota. To this point, that market has not materialized. There are some younger guys they’d be open to getting if they were going to move Kevin Durant. Scottie Barnes with Toronto, who has not been put on the table yet. You wondered if Brandon Ingram of the Pelicans could be a guy that’s put on the table? To this point, I’ve heard he’s not been put on the table. I also didn’t see Durant necessarily wanting to go to New Orleans as well.

Jaylen Brown would represent, in my opinion, as of now, the best individual player that they could potentially get back for Kevin Durant. Brown could be an All-Star player for the next seven years. From Boston’s perspective, Derrick White is expendable following the trade to acquire Malcolm Brogdon. Nets general manager Sean Marks has long been a fan of Marcus Smart from afar, according to league sources. I’d also say Grant Williams and Payton Pritchard would appeal more from their salaries compared to White and given their ages and upside. Ime Udoka also enjoyed coaching Durant in Brooklyn during their time together.

Weiss: They’re willing to replace Jaylen with Durant. They’re willing to risk the short-term age and injury risk to eschew a player who’s been consistently very good, has continued to improve, and was an All-Star two years ago. They’re willing to throw that away in order to get one of the best players in the game right now. KD has not been available a lot the past few years. He was incredible in the playoffs two years ago and the regular season last year… If you’re trading for KD, you’re trading for him to put you over the top of the playoffs and make you the juggernaut of the league. The Celtics are in a spot where they’re quite not a juggernaut, but they just made the Finals, and they added two huge pieces (Brogdon and Danilo Gallinari) that they were missing.

Scotto: Durant has had two major injuries in his career, including his Achilles and the Jones fracture. The four years on Durant’s contract remaining, according to some executives, could be viewed as a concern. With the rising salary cap and max contracts, there’s a thought among some executives that most players past 30 may not prove to be worth the exorbitant salaries they’re commanding because they’re more injury prone, and they’ve played substantial minutes in their career. I know some executives have questioned what Damian Lillard’s extension is going to look like on the back end of that deal. I know he’s their franchise icon, but it’s a lot of money to pay an older player at that point in his career. I would’ve thought that some teams would’ve been looking at Durant’s contract as a positive because he’s under contract for four years, and he’s locked in, whereas that’s not the case with other guys (you trade for). 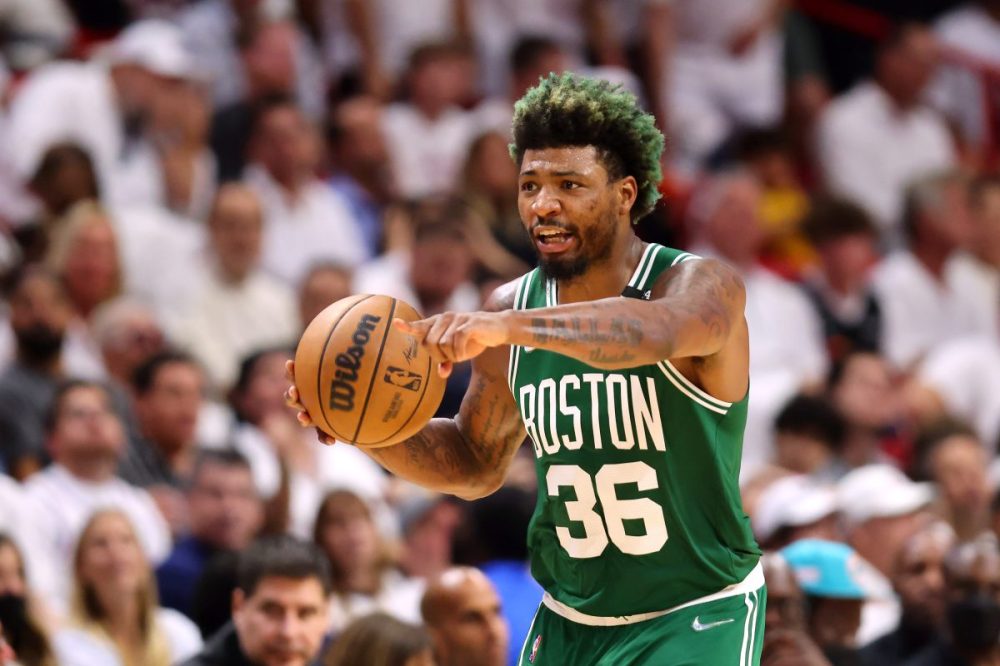 Scotto: As I mentioned, Sean Marks has always been a fan of Marcus Smart from afar. Is there any chance Boston would include him? I wrote weeks ago that if Boston put Brown and Smart in a package to Brooklyn, that could really whet the appetite (to trade Durant) for the Nets. (In that scenario) Boston wouldn’t have to give up as much draft compensation as the Nets are seeking.

Weiss: Smart, in some ways, is the captain of the team. It’s funny because coming into the season, Ime Udoka was talking about naming a couple of captains and then backed away from it and said he ran out of time. There was a presumption that Smart would’ve been one of those guys. Smart and Al Horford, or Smart and Brown or Jayson Tatum. Smart becomes more expendable when you bring in Malcolm Brogdon because you’d still have Brogdon and White as your two guards.

If you lose Smart, how much does that affect the team’s defensive identity? … If you trade Smart, you’re trading a player who has this deep root within the organization and is a massive force who’s the central identity to the defense that made them so great. Last year, they wanted to build this team around a defensive identity. It worked pretty well. If they trade Smart in the deal, they’re changing the identity of the franchise pretty drastically… I think Smart is worth more to this team than other teams. 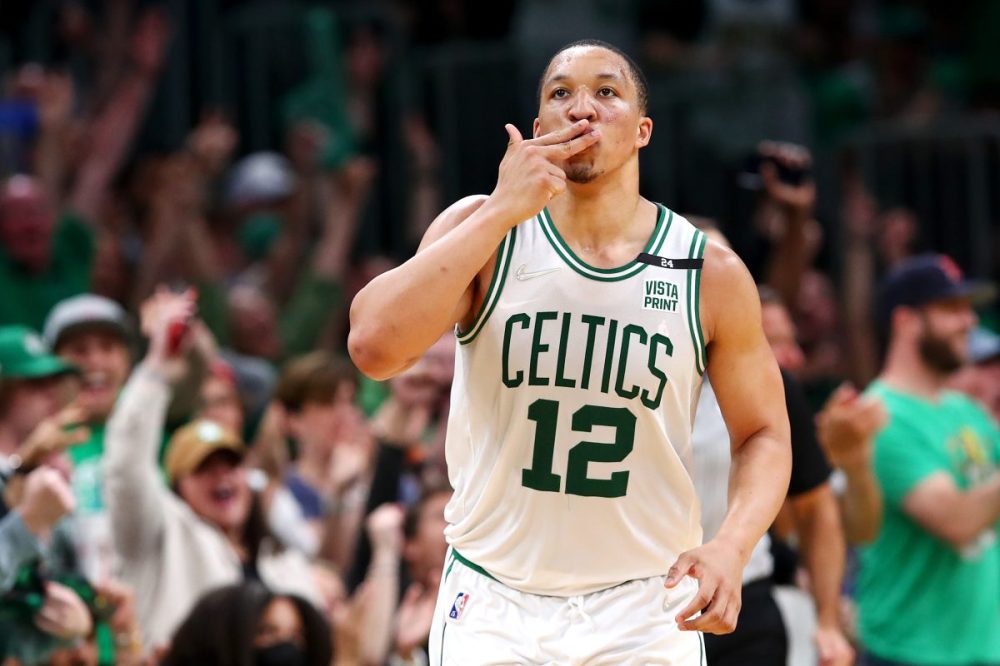 Scotto: Grant Williams, even though he’s a reserve forward and backup five on this team, has a voice in that locker room. My sense is if Williams and his representation could, they’d be happy to do an extension with Boston. Any time you have a chance to get Durant and a guy like Williams may have to be included, you have to look at that. Where do you see the chances of Williams being in this trade conversation for Durant or a potential extension for Williams if he remains a Celtic?

Weiss: I think there’s a chance for him to get an extension done. What’s tricky is how do you get an extension done when you’re projecting the cap to go up so much? $15 million now is really more like $17 or $18 million next year. Can you get the franchise to reflect that and compensate effectively, or would you rather enter the market with the inflation of the new cap? That’s a factor whether that deal gets done. I don’t see that deal getting done soon because they have to wait out the Durant situation. 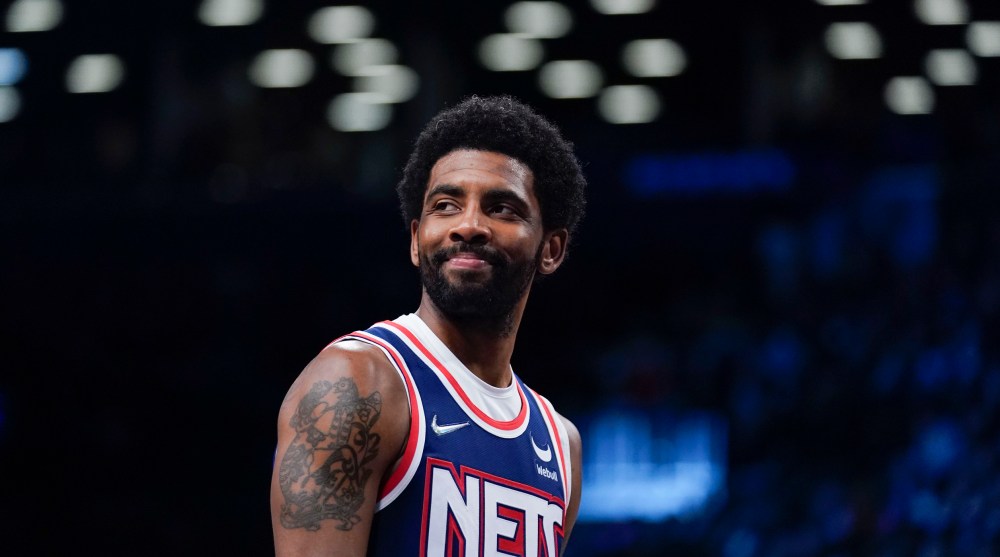 Scotto: If the Nets trade Kevin Durant, it could mean the end of Kyrie Irving’s time in Brooklyn as well. There’s a school of thought from some that Brooklyn could get under the luxury tax by moving both Durant and Irving. While Nets owner Joe Tsai has clearly shown a willingness to pay the luxury tax for a championship-contending team, it may appeal less to him if the team is merely a playoff-caliber team. I don’t think deep down in their hearts within the organization that the Nets want to move Durant. That’s why the asking price is so exorbitant. I think, deep down, the Nets want Durant and Irving to come back and give it another shot. You’ve got Ben Simmons, who’s your third piece, they’ve added TJ Warren, they brought back Nicolas Claxton, Joe Harris is coming back healthy, and you’ve got a full season of Seth Curry.

Some people on Twitter have commented that if the Nets got Brown and Irving, it would be an interesting team. Folks, yes, the Nets wanted Irving in free agency if they could get him, but a large part of that was because he came with Durant. In Irving’s time with the Nets, he left the team for personal reasons, he didn’t get vaccinated, and the big three (with James Harden) became the big 2.5, which was a major reason why Harden wanted out. They’ve failed to reach the expectations he’s publicly hoped for with the team, and the team hoped for since they all joined forces.

Weiss: I thought somebody reported that the Nets weren’t interested in taking on Russell Westbrook (in an Irving trade) and buying him out to get the picks from the Lakers. If you can get two future firsts from the Lakers at a point when there’s a good chance that franchise is done, you have to take that on. The assets would be too valuable, and you can flip them again pretty soon.

Scotto: When it comes to any potential Russell Westbrook and Kyrie Irving trade talks, or if the Lakers are moving Westbrook to any team, both future first-round picks have to be included. You already saw Indiana decline multiple second-round picks (in addition to one first-round pick)… If the Nets were going to get Westbrook, my assumption would be there will be a third team involved, and one of those first-round picks would go to a team with salary cap space like the Pacers or Spurs, for example. They’d likely have more of an appetite for buying him out to get a first-round pick. 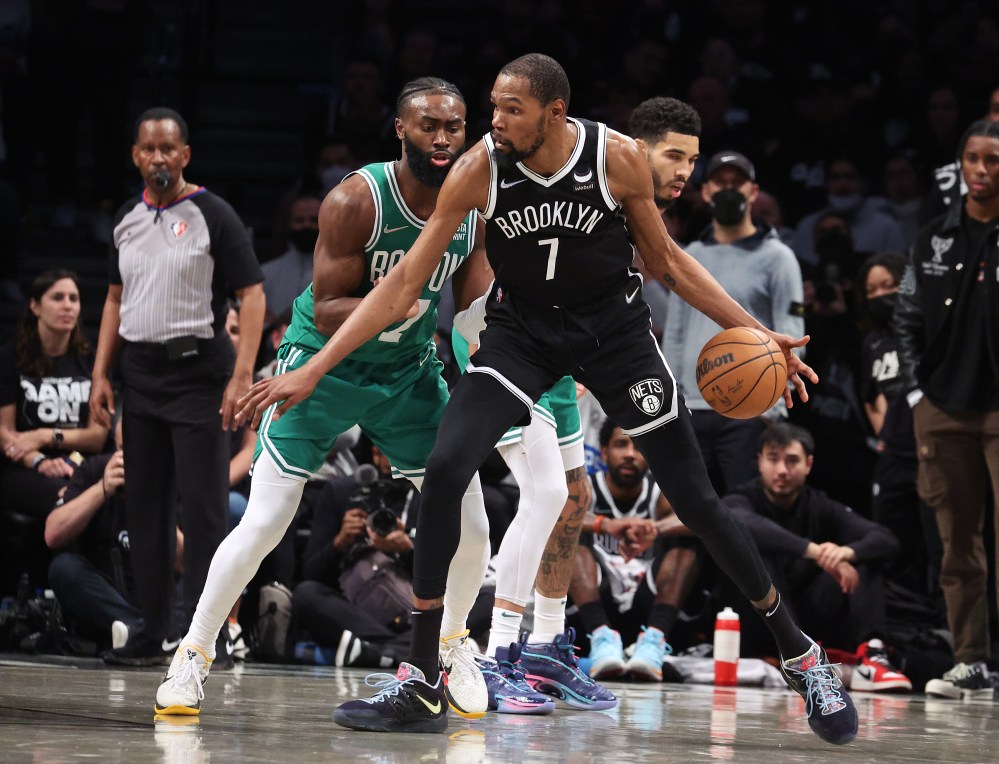 Scotto: As far as Durant’s trade request to get out of Brooklyn, time will tell if that ends up getting honored or not. I’ll say this, Kobe Bryant at one time wanted out of the Lakers, and it didn’t happen. I think there’s still time here where it’s not a lock to me and other executives around the league that Durant gets traded.

Weiss: I feel like Toronto is best positioned to make a move for Durant because they have the potential to offer three really quality starters and several draft picks. The Celtics can do that as well, but Toronto has a little more youth going in their favor and offense, especially if you’re building around Ben Simmons, who’s a strong defender. A huge subplot here is what to expect from Simmons?

Scotto: There’s a thought that Simmons will guard the best player one through five, really probably four, not the five. He can play a little bit of the Bruce Brown role on offense. They want him out in transition getting easy looks for Durant and Irving. I think he’ll help them defensively, no question. You mentioned Toronto being the favorite. If they put in Scottie Barnes, which they haven’t done to this point, then I think you have a real conversation. That’s who Brooklyn is angling for (in trade talks with the Raptors). I don’t know if Brooklyn would be okay with Pascal Siakam and OG Anunoby. Gary Trent Jr. is also a guy who could be in a contract year. He has a ($18.8 million) player option. If he plays the way he did last year, I’d expect him to opt out and enter free agency.