A group of recruits are in critical condition and were hit during their morning run in Whittier.

WHITTIER, Calif. – A group of law enforcement recruits are in critical condition after they were hit by a car during their morning run in Whittier, authorities said.

The California Highway Patrol said the incident was reported at 6:30 a.m. near the intersection of Mills Avenue and Telegraph Road. The recruits attend the Sheriff’s Training Academy and Regional Services (STARS) Center located in the 11500 block of Colima Road, which is roughly a mile and a half from the crash site.

SkyFOX was over the scene and showed the debris from the wreckage as well as additional patients being triaged by medical personnel. 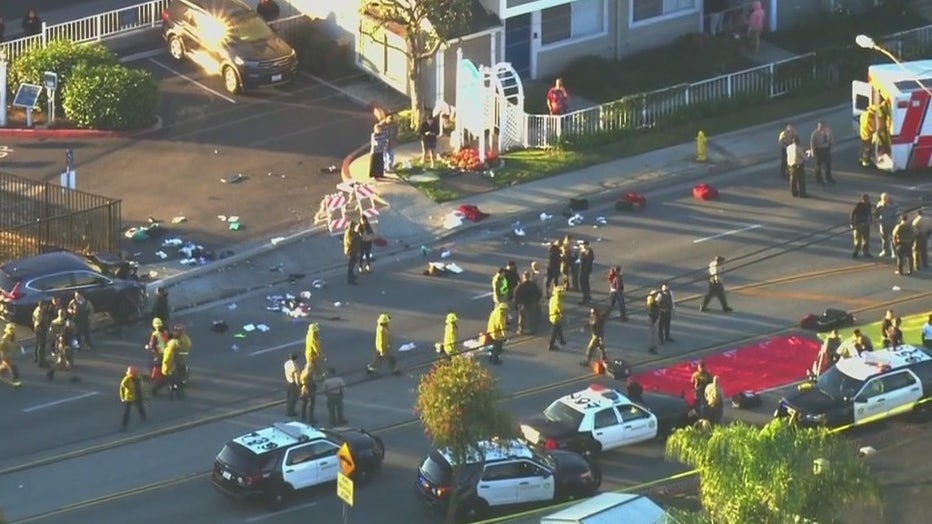 The 11 victims have been rushed to area trauma centers, some airlifted, and up to 15 recruits may have been hit.

The circumstances leading up to the driver striking the victims are under investigation.

A neighbor told FOX 11 that the recruits often jog in the area and run in packs wearing high-visibility vests.

LA County Sheriff Alex Villanueva said he’s on his way to area hospitals to check in with the victims and says some may have suffered injuries that are life-threatening.

Roads are expected to be closed in the area for the investigation.

No further information was immediately released.

This is a breaking news story. Check back for updates.